How We Got Our Kicks by Allan Holbert 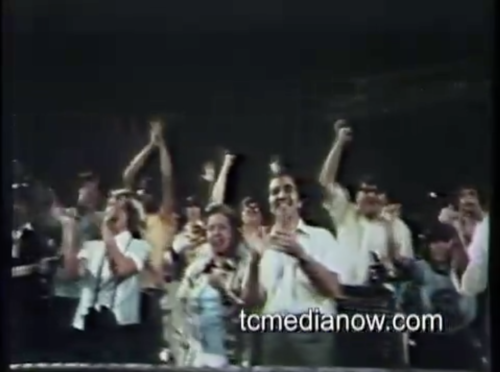 This book is a total classic. At the time, Minnesota was the most successful launch of a team in NASL history. This was pretty impressive because the Portland Timbers rocked the world the year prior and in 1974 the San Jose Earthquakes and Seattle Sounders exploded on the scene.

It features the Ad campaign that really launched the team before they had a player. Then it moves on to how the momentum grew to the point a record crowd 49,572 packed Metropolitan Stadium to see them beat San Jose 3-1 to advance to the Soccer Bowl (in their first season). Players like Ron Futcher, Alan Merrick, Ace Ntsoelengoe, Alan Willey and Ade Coker have nice feature spreads.

The cover flap isn’t in great shape, but the book itself is in excellent shape.

I made pilgrimages to Kicks games as a teenager in 1977 and 1978. I remember 60,000 people tailgating in the parking lot and 40,000 actually making it into the stadium. It was mind-blowing for an Los Angeles Aztecs fan (the NASL boom was not happening in LA).